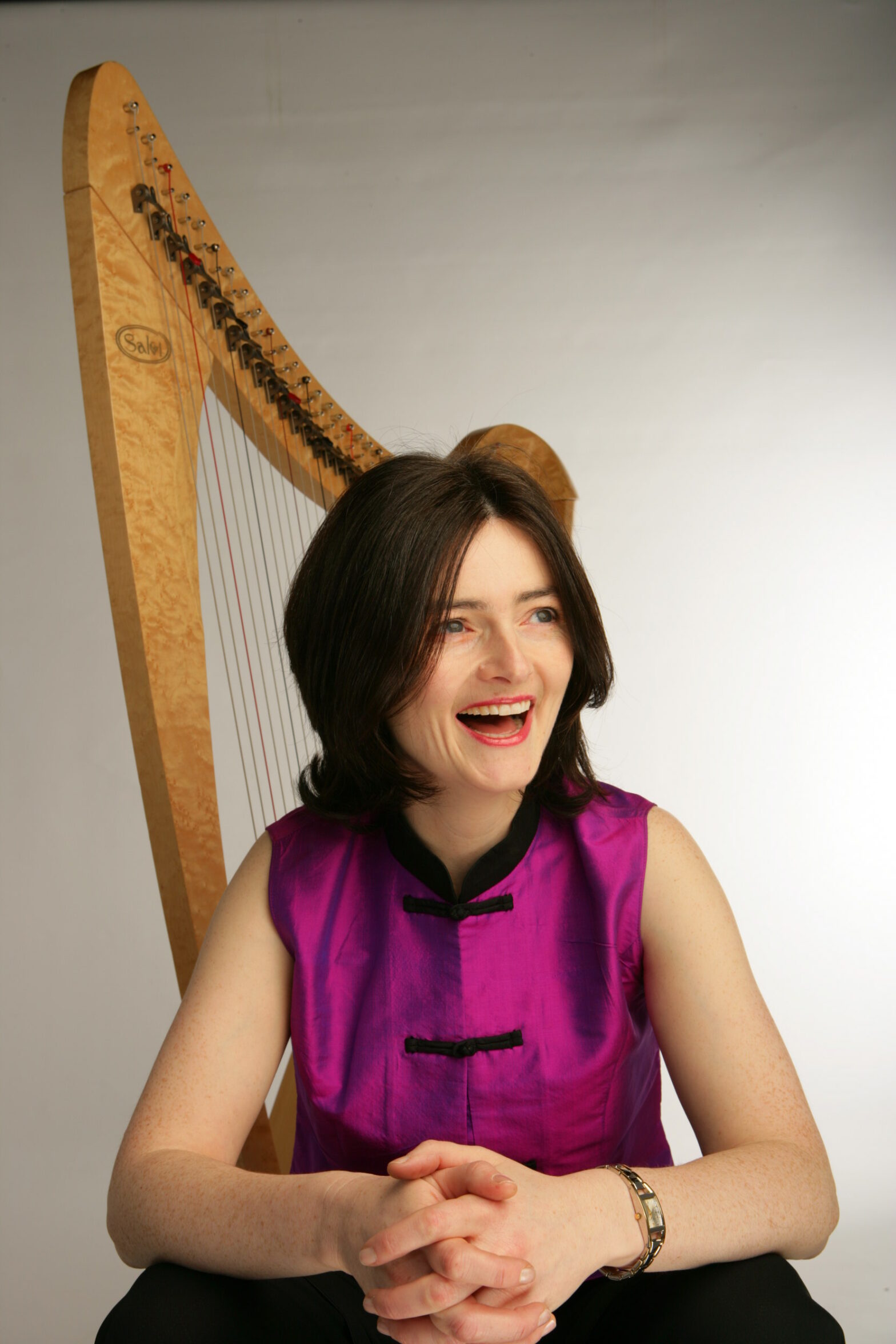 Leading harpist of her generation, Dr Anne-Marie O’Farrell from Dublin has performed all over the world as a solo artist, accompanist and in ensembles, and is regularly featured in broadcasts. On lever harp, she is particularly recognized for her expansion of repertoire and levering techniques, as a result of which the world’s leading harpmakers Salvi Harps redesigned their lever harps to become concert instruments. She has performed with numerous orchestras, including the Irish Baroque Orchestra, the RTÉ Concert Orchestra, the Irish Memory Orchestra, and the RTÉ National Symphony Orchestra with whom she premiered Ryan Molloy’s Concerto for lever harp, Gealán. A prolific recording artist, she has released several CDs, including Just So Bach, Harping Bach to Carolan, The Jig’s Up, My Lagan Love and Embrace: New Directions for Irish Harp; Double Strung and Duopoly with Cormac De Barra; and Harp to Harp with harmonica player Brendan Power. She is frequently invited to give recitals, workshops and masterclasses at international conferences and festivals around the world, in addition to performance at several World Harp Congresses and has recently been appointed harp teacher at the Royal Northern College of Music in Manchester. Dedicated to the expansion of repertoire for the lever harp, she has published critical editions for lever harp of Bach’s cello, keyboard and lute repertoire. Anne-Marie holds a PhD in composition with Piers Hellawell at Queen’s University Belfast and masters degrees in performance, musicology and composition. She has recently completed several large-scale commissions featuring the harp, including a lever harp concerto commissioned by RTÉ Lyric FM, and a five-movement work for large harp ensemble commissioned by Harp Ireland/Cruit Éireann.