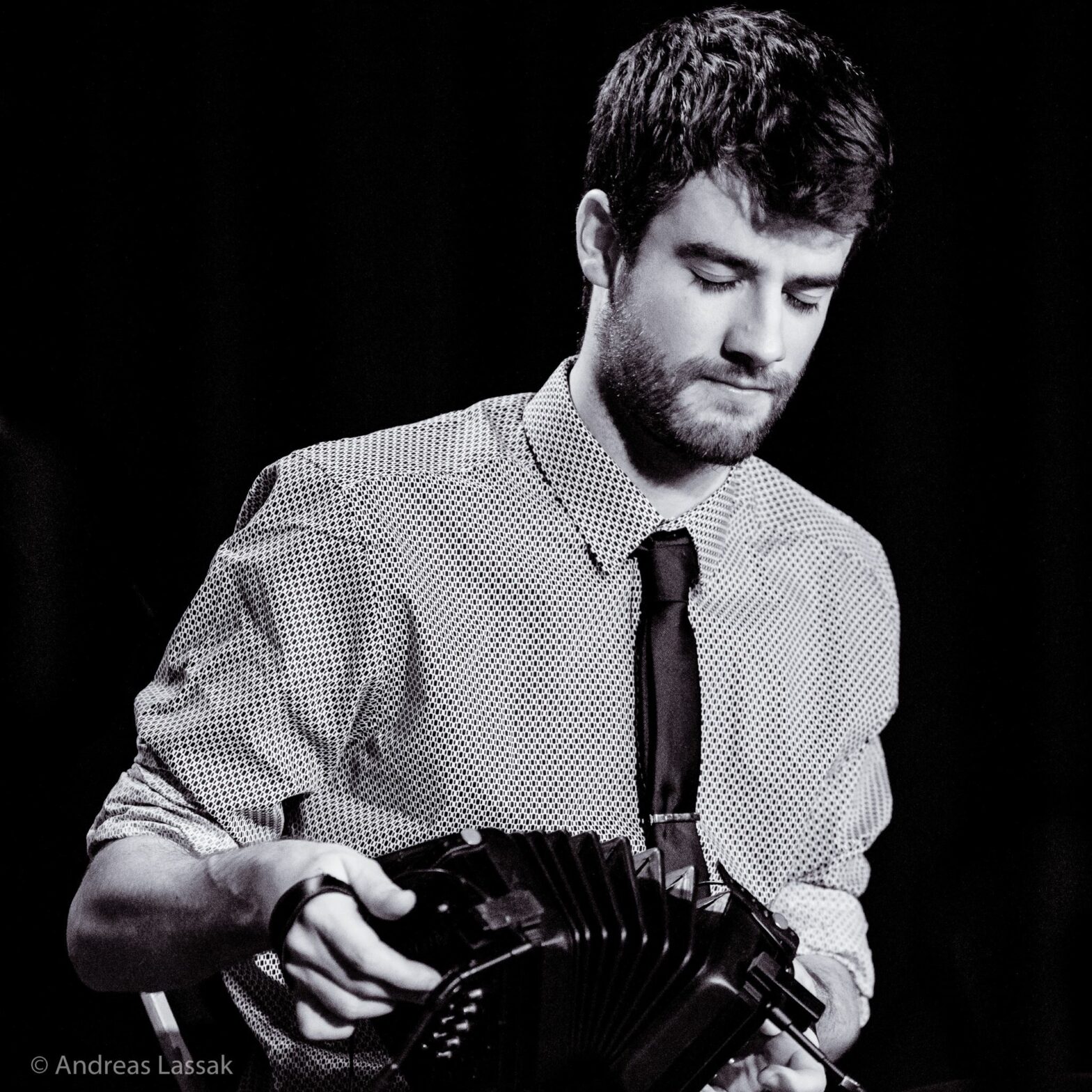 Limerick native Cillian King has been playing music from the age of 6 and is currently one of the most in demand multi-instrumentalists in Ireland today. At 15 he toured with the Irish Harp Orchestra as a guest soloist on their winter German tour which included performances at philharmonics in Munich, Berlin and Cologne.

As well as being an accomplished concertina player and a graduate from the BA in Irish Music and Dance at the University of Limerick, he is also proficient on guitars & keyboards and has toured the world with many acclaimed bands & artists. While being a member of innovative bands such as Atlas & Notify (with fellow concertinist, Pádraig Rynne) who’s albums have been released on the world renowned world/jazz record label ‘Ropeadope
Records’ (Snarky Puppy, Shaun Martin, Mark Lettieri), he has toured with Hermitage Green, Ulaid & Duke Special, Aldoc, Ímar, Pauline Scanlon & Moxie. 2015 saw Notify release ‘InConcept’ which reached No.1 in the iTunes Jazz charts and the band have since gone on to headline jazz, world and Irish festivals worldwide. In 2016 Cillian released ‘Affinity’ also on Ropeadope Records with his band Atlas to critical acclaim, fusing elements of film & orchestral music with their own compositions.

‘’Atlas manage to combine youthful fearlessness with a high degree of musical maturity. We’re used to hearing brilliant young traditional musicians these days but rarely with this sense of adventure and producing music as coherent and eloquent as this.” -Niall Vallely (Buille)

Now working as a producer and recording engineer, 2023 sees Cillian release new music with Atlas as well as a solo venture.