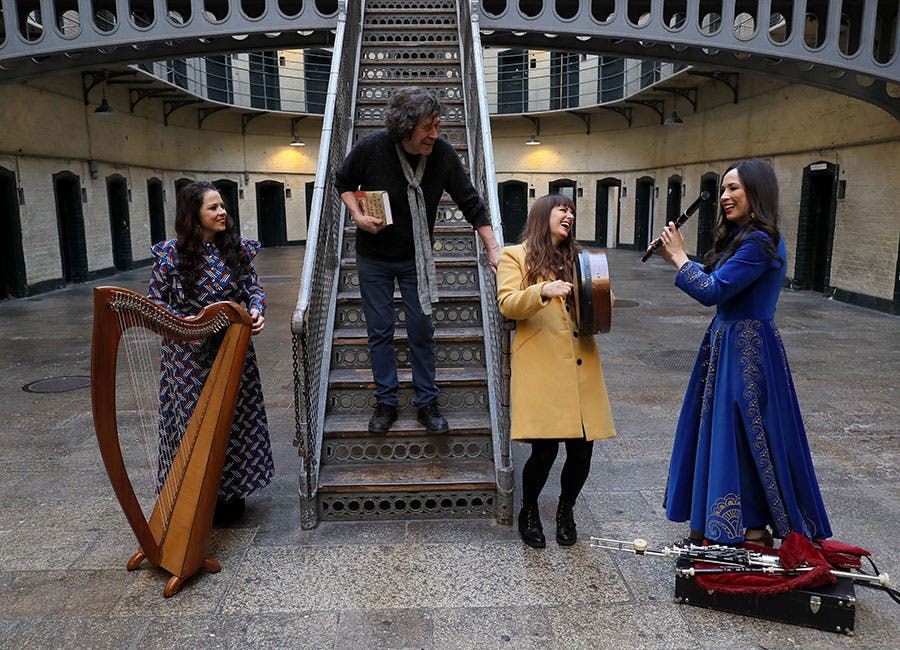 Michelle Mulcahy, from Co. Limerick is considered to be one of Ireland’s most talented multi-instrumentalists in Irish traditional music today. Her array of instrumental mastery spans concertina, harp, fiddle, accordion, piano and melodeon.

She is a much sought after performer, tutor and lecturer at music festivals and music schools worldwide and has toured extensively in Europe, United States, Canada, China, Australia, New Zealand, Asia.

She is considered to be one of Ireland’s most adroit and creative harpers. “Her revolutionary style on the harp is scintillating-played with power and panache, no concession to the complexity of the instrument, confirming her as one of the most significant musicians redefining harp at present’- The Living Tradition.

Michelle has received numerous national All Ireland Titles and international awards for her musicianship as well as numerous scholarships during her course of academic studies. She was awarded the prestigious TG4 Young Musician of the Year in 2006 and was also awarded Female Musician of the Year in 2005 and again in 2013 at the Live-Ireland awards in the United States.

Michelle completed her Bachelor of Arts degree in Music in UCC where she also tutored for a number of years. She progressed on to postgraduate study at the University of Limerick where she graduated with a first class Master’s degree in Ethnomusicology and in the following year in Music Education.

She has recently graduated with her PhD at the University of Limerick where she taught regularly on the BA and MA courses in Irish music as well as Mary Immaculate College Limerick. Her ground breaking PhD research topic titled ‘Aistear- Performing Cultural Encounter: An Arts Practice Investigation of the Karen, Burmese and Irish Harping traditions’ is the first of its kind in research
publication which explores the harp tradition of Burma and Ireland. She graduated with her PhD from the University of Limerick in 2014.